MCN’S AND THE BUSINESS OF SERVICING CREATORS 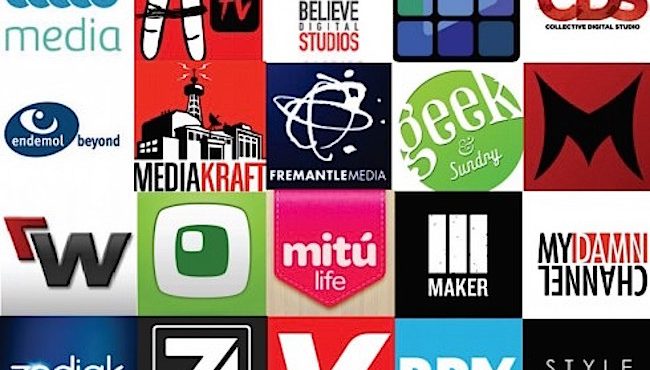 Late last year, NewMediaRockstars made waves with their coverage of an exchange Maker Studios had with a potential advertiser, the advertiser had $30k for influencer brand deals and Maker responded stating they didn’t do deals under $200k.

Many creators were outraged by this information, and a reporter for NMR went so far as to say that this should be a “red flag to creators currently signed with Maker because it essentially says that a lot of money is being left on the table strictly because the MCN doesn’t want to deal with helping mid-level and smaller channels — creators who could really benefit from ANY added income — which is the majority of their client base.”

It’s expected that some are frustrated with MCNs – thirty thousand dollars is likely more than most creators in Maker’s network make off their channels in a given year, and I agree that creators need to be cautious.

First and foremost, brand deals take time to do well – I’ve been doing these since 2006 and have overseen thousands. They take A LOT of time when major brands, and multiple ad agencies are involved due to the layers of approvals. Before you get to the actual work there tends to be rounds of contract negotiations, and then, once a project is awarded there’s client and talent management, rounds of feedback, project managers, and so on. People’s time adds up very quickly, and with attorneys charging $350+ an hour expenses add up.

We’re in a service industry, and that requires man hours because how well you treat your clients is just as important as the quality of work you do. Although, digital advertising is booming, we haven’t been able to automate a lot of things – this is still largely a relationship based business.

So, an account manager at an MCN is vital for providing support and resources to the channels – but he or she has only so many hours in the day. How many clients can they ‘deal’ with while maintaining a reasonable level of service? 1? 5? 10? 20? It varies, but there’s certainly diminishing returns at some point. Clients don’t feel special if they’re being rushed, their phone calls never get returned, or you hardly know their name.

The key to understanding the current situation is realizing how the MCNs such as Maker, Fullscreen, and Awesomeness have built and sold their businesses – not because they’re in the service businesses but largely based on the scale of their networks.

RATIO OF MCN EMPLOYEES TO NUMBER OF CHANNELS

Knowing this, do you think it’s realistic to think there really is any way that an organization like Maker is able to provide a deep level of hands on service to 99% of its creators? Why would any large MCN ‘deal’ with smaller creators when they can get more bang for their buck with the big creators?

Smaller creators within these networks are not getting the ad dollars for brand integrations (paid brand placements within videos) for a reason – its not profitable for the MCN. A brand integration, for a channel with ten million subscribers can take just as much time and as many resources as one with ten thousand. Right or wrong, it makes smart business sense, for these large MCN’s, to focus on the channels within their network where they can generate more revenue for less work.

Going back to the exchange NMR reported on – an MCN could, in theory, take that thirty thousand dollars and distribute it to a dozen ‘up-and-coming’ channels within their network. If they did so this would take reaching out to at least a dozen individuals, negotiating the rates, then establishing contracts, project managing the flow of client information, ideas, and edits and revisions across a dozen different videos. This much work would be a lot for one individual and could easily require several people to get involved, eating time and money.

Assuming a generous 33% profit margin on top of what the creators are paid, Maker gets $9,000 dollars for its efforts. Depending on the length of the project $9,000 dollars may not be enough to cover the costs of a single employee working on the deal. Or, Maker could hold out for a $300k deal and instead allocate the $300k to one or two top creators in their network, cutting the workload down to a fraction, keeping their biggest talent well paid, and increasing their profit margins exponentially. Where one employee was generating $9,000 in revenue for the MCN, they’re now generating $100,000 for what is more or less the same amount of work.

Every MCN account manager knows these numbers and so, out of the dozens or hundreds of channels they are responsible for, they will dedicate the majority of their time and resources towards the biggest one. This means that small creators are often overlooked in brand deals, leading to situations like this one.

I don’t know the specifics of the deals creators are making with every MCN, but its clear many are unhappy. A cursory search of Google for ‘I want to leave my YouTube MCN’ reveals hundreds of blog posts, commenters, and videos of YouTubers desperate to leave contracts they signed. Below are some of the juiciest comments I found while scanning the various forums and blogs where creators were voicing their discontent

“I’ve now seen a small glimpse over to the other side of the online video world. The grass isn’t always greener it seems.”

Likely in response to the overwhelming level of discontent, YouTube rolled out a policy in 2013 which made it easier for YouTube Creators to get out of their MCN contracts.MCN’s have an obligation to deliver on the agreement’s they’ve made with talent, but at the same time talent should enter into any deal with their eyes wide open about the economics at play.

Simply because you’ve joined an MCN does not mean you’ve got a team of people who have your unbiased best interests in mind. In fact, the numbers show that if you join a Maker, Fullscreen, or Awesomeness it is virtually impossible to receive any deep personal service.

So what does this mean for MCNs and creators?

These larger MCN’s, let’s call them MCN 1.0, are focused on scale (and they’ve made a great deal of money, having been acquired) as a result of this approach. But, is this the future of the MCN’s?

We’re seeing more and more creators taking matters into their own hands entirely. They’re hiring their own managers accountable to them as well as joining traditional talent management agencies such as WME or UTA.

No doubt, in response to this trend we’re seeing a crop of MCN’s that are more hands on, management focused, and, most importantly, owning a clearly defined vertical or role. For instance The Collective represents high-quality, produced web content that has a chance to make it to TV and beyond. Tastemade is solely focused on food channels, and The Whistle is focused on sports.

To service these creators, these MCN’s average no more than a dozen channels per employee – a much more realistic amount to cultivate a real relationship with talent. There are potential benefits to this on the sales side as well, a verticalized MCN is more inclined (and able) to sell ad programs that’s a better fit for talent if all the talent has the same focus.

Whether these vertical specific MCN’s will be the future remains to be seen. However, there’s an element of ‘innocence lost’ in the industry. Creators are skeptical and skittish after having been sold on the idea that the MCN is going to help them grow and make more money, only to find themselves actually making less and doing all the work themselves.

I’d argue that the era of the MCN 2.0, with more staff per channel and clearer focus will garner more benefits on behalf of the creator and be a more sustainable business model in the long run.