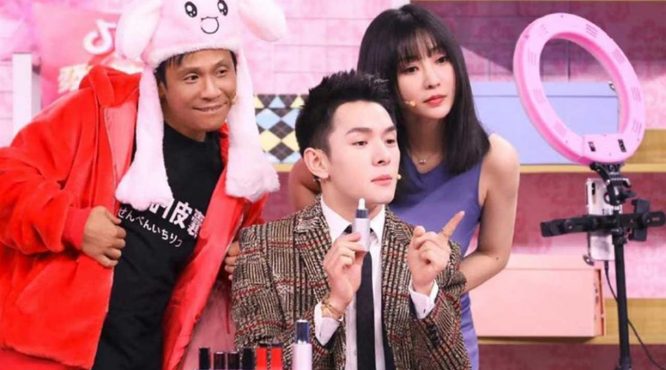 China has been the canary in the coal mine for Covid-19.

The impact that the virus outbreak has had on digital and social media behavior in China, likely provides a look into the future of what we can expect here in the states.

People have changed their behaviors worldwide with more time being spent online as people are forced indoors.

Some trends that we’ve seen emerge in China include the following:

Creators in China saw a surge in subscribers and viewership.

One top tier live streamer Austin Li drew a record breaking (for him) 16 million viewers on his first stream this February. He’s not alone in generating a spike in viewership.

A study of 574 accounts across popular video apps Douyin (TikTok in China) and Kuaishou showed creators accruing 100k – 500k followers from January 20th thru February 2nd. One food creator  @皮皮教做菜 noted that this time of year he generally sees some growth, but nothing like this. @皮皮教做菜 gained over 1 million followers from a single video.

With people eating out less, food and cooking content saw spikes in demand. People staying at home and wanting to learn to cook lead to Douyin (TikTok) supporting cooking-related content with a Tasty Food Challenge which generated over 10.3 billion views.

One beauty KOL (influencer) Melilim Fu saw a 10 percent increase in followers over a two week period. According to Jing Daily these aren’t isolated incidents, “those increases are across the board, including engagement and new private traffic followers. It’s very noticeable that people are spending more time bored at home.”

Beyond engaging with influencers, the Covid-19 quarantines resulted in a spike in app downloads. The first few weeks of February resulted in 40% more app downloads than the same time in 2019. Additionally, there were 222 million apps downloaded in China’s Apple app store from February 2nd – 24th. Games topped the list, but educational app downloads doubled as many schools closed down.

In February there were at least seven movies slated for theatrical release. With theaters forced to close down due to the virus these releases were moved online. ByteDance, best known as the holding company of TikTok, paid 630m yuan (US$90.8m) for the rights to stream several films across their mobile apps.

Here in the states we haven’t seen the same thing occur yet, but Disney did just announce something similar. Disney is adding “Frozen 2” to Disney Plus three months ahead of schedule.

As people are forced to spend more time indoors they are spending more time online. However, production resources, shoots, some commerce, and brand deals have largely declined or postponed.

Because meeting face to face is difficult due to quarantines and social distancing production has been hampered.

People often assume that influencers are one man bands – writing, filming, editing, and participating as talent all on their own. In reality established creators have large teams.

Elijah Whaley, a manager of beauty KOL’s (influencers) in China recently stated that, “it will undoubtedly affect content creators that rely on teams and studios. The immediate effects are more felt with the planned campaigns, which have already been canceled or delayed, especially offline events.”

Here in the states we’ve already seen top tier creators share publicly the impact Covid-19 has had on their production process. The CEO of The Fine Brothers (of react fame) commented in a recent Digiday article that “Two weeks ago, FBE began actively planning for the possibility that coronavirus may force the entertainment company to temporarily close its 25,000-square-foot studio and have its 105 employees work from home.”

Although this may be a time of investment in community building it is likely that many creators will suffer from brand deals being cancelled and/or postponed. Additionally, with factories shut down getting products to consumers could prove to be difficult for some time.

According to Jing Daily:
“Several influencers have shared that their Q1 brand campaigns have all been postponed — many until as late as May. While this is a big blow to their earnings, they will likely make it all back later in the year if they can hold out until then. But the top influencers aren’t too concerned. The popular WeChat account “GQ实验室” says that there are even some positive aspects to this unfortunate moment. For instance, publishing fewer commercial articles gives influencers a much-needed opportunity to create more and better editorial content.”

Streamers in China with their own brands and products are facing a lack of stock and delivery delays. Many streamers are immediately selling out of what few products they have on hand. As a result, many influencers are selling items as ‘pre-sale’ with the promise that they’ll be shipped when manufacturing resumes.

Here in the states we’re already starting to see similar effects. Brand deals are being postponed, and travel influencers in particular are the hardest hit. As BusinessInsider reported, “Travel influencer Lauren Bullen, known as @gypsea_lust on Instagram with 2.1 million followers, said all her paid trips had been canceled.”

While these may be difficult times, it will pass. If anything for those of us here in the states, we can look to China and the trends that emerged to help inform our own decisions and preparations.

“Most of your innovation is hiding in plain sight, you are institutionally blinded by your legacy systems and culture.
Read More...
Like What You're Reading?
Sign up for my newsletter. It's free and I'll never spam you.