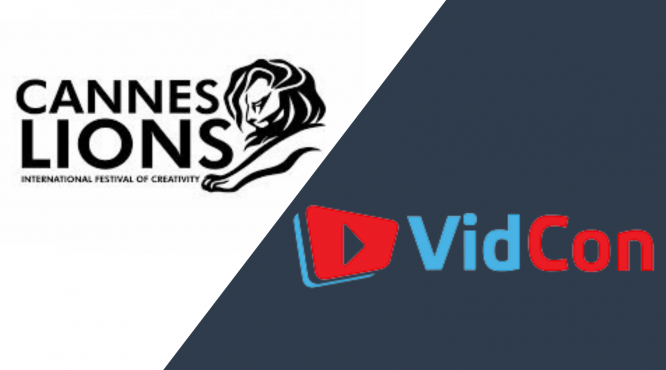 The future is not at Cannes and I’m shocked at how many brands and agencies are spending so much money to go to the South of France, when VidCon, the largest digital video conference overlaps with the conference.

Would you rather have one foot in the past or one in the future?

It’s true that, from the looks of it, Cannes is much more fun – you won’t find anyone popping bottles of champagne on a yacht at VidCon. Instead, advertisers are far more likely to find a few digital influencers, forward thinking brands, agencies, and talent managers huddling around cups of Starbucks coffee in some hotel lobby hammering out a few deals.

I personally take pride in the fact that while other agencies send execs to the South of France to hear talks, such as ‘What is Innovation,” myself and my team are on the ground working and meeting with influencers at VidCon.

VidCon is where innovation is happening – even the major platforms understand this and make major announcements there. For example, this year Instagram waited until the first day of VidCon to launch IGTV (instead of doing it during the peak of Cannes). Facebook, Snapchat, and YouTube also followed suit making a variety of announcements around platform updates, features, and partnerships onsite at VidCon.

Looking at the ad trades you’ll see that brands and agencies are struggling to capture eyeballs. Ad formats are shrinking and advertisers are having trouble even watching a 6-second ad. Marc Pritchard, the CMO of P & G stated that they “stopped wasting money on 30-second ads, and we’re designing ads to work in 2 seconds,” and that “it is time for marketers and tech companies to solve the problem of annoying ads and make the ad experience better for consumers,”

I agree with Marc that marketers need to solve the problem for annoying ads – but, the reality is the solution exists, and I think if he and his team spent more time immersing themselves in VidCon, and the ecosystem as a whole they’d have the answer already. While P&G is struggling to get ads to work in 2 seconds, people are watching influencer content that is as much as 6 hours long.

According to recent studies long form video content consumption is up 30% over 2017. The #1 Most subscribed YouTuber (PewDiePie) regularly posts 20 min long videos, and the most downloaded podcasts are all well over 45 minutes on average (with some top podcasters like Joe Rogan going as long as three hours).

Clearly attention span isn’t the issue – most advertisers are just not great at creating content and putting it in front of the right consumers.

My team and I at Epic Signal certainly don’t bat 1000, but getting past two seconds is fucking terrible and certainly the exception rather than the rule. Instead, by having an understanding of these platforms, how to work with influencers, and integrate paid media – we’ve seen fifteen minute long pieces of branded content generate 75% completion rates. On a recent campaign with Boost Mobile we integrated influencers into paid social (in addition to having them create their own branded content) and beat the previous CPA benchmark by 50%. The list goes on.

This success comes from us investing a lot of time with these platforms, ingratiating ourselves in influencer communities, attending events like VidCon (and a lot of trial and error).

I say this not to brag, but to point out that much of the industry is still caught up in the gigantic circle jerk of trying to impress one another with champagne and yachts – resulting in an inability to communicate with consumers.

Just like anything else you’ve got to put in your ten thousand hours – that means spending a little less money on champagne, Rosé, and yachts in France. Instead, why not invest in listening to people who are able to get millions of fans to hang on their every word for hours on end, like you can at VidCon?