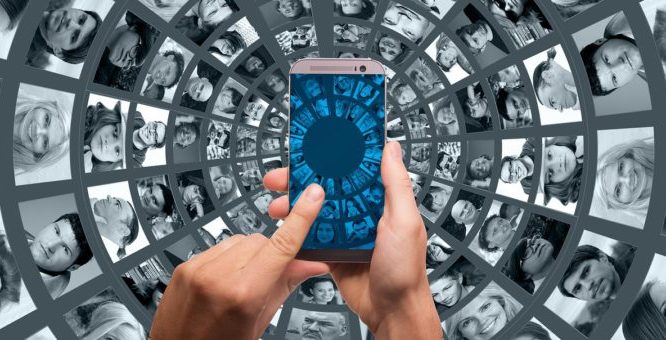 I recently did a presentation at ReelSummit on how brands grow their channels. I tried to address the questions that I frequently struggle to answer for my own clients.

As a brand why should we develop our own YouTube channel? What should we do to grow? Why aren’t we growing subscribers?

It’s the largest social network in US & has more millennials than any cable network.

WHY MOST BRANDS ARE STRUGGLING

On YouTube you can buy views but not engagement or a community like you can on Facebook and Twitter (with promoted posts and accounts, etc). A lot of brands are approaching YouTube from a traditional advertising framework/process. Brands have their creative and media agencies, traditional production processes, and they see content through the lens of a campaign. On YouTube this doesn’t necessarily work. If your brand changes with each campaign how will anyone know what you are and what you stand for?

THE FOUR KEYS TO A SUCCESSFUL BRAND CHANNEL

It’s important you optimize your channels (i.e. use the YouTube brand playbook). Make sure you’re tagging and titling content appropriately as well as using end cards and welcome videos. No amount of optimization is going to make a bad channel great, but its going to be critical in converting viewers to subscribers and generating earned views, in fact:
-Metadata & thumbnails drive of organic growth
-50% of views comes through related videos
-10-20% CTR on end cards

2) Go With What People Know

Lot’s of brands use channel gadgets (here’s an example of one). These gadgets are apps in an iframe on the YouTube channel. It interrupts the user experience and forces viewers to interact with the brand in a manner that they’re unfamiliar with. As a result there is a ton of drop-off (50% fewer viewers convert to subscribers, and there are 15% fewer shares than brand channels without gadgets).

Also, many brands are talking to themselves, using jargon, such as campaign hashtags that is meaningless to the average viewer or that no one is already searching. It’s important that if someone came across a video they’d be able to understand what it is in plain language. For example, I don’t know what ‘#TheTechYouWant Cyber Event Announcement with Trey Songz‘ means. It’s a terrible title and I would never click on it. Why not say ‘Trey Songz Announces Our Gadget Sale’?

3) Focus on a Human Connection

The most subscribed channels are overwhelmingly built around individuals (or a handful of individuals). The homegrown YouTube creators never had big budgets or resources when they started out, and ‘quality’ production isn’t as important as the ability to have people communicating with other people.

Successful brand channels such as Nintendo have started to do adapt to YouTube’s ‘hero, hub, help’ strategy – they’re creating shows like ‘nintendo minute.’ It’s a show, its consistent, its got the same hosts, and the format is more or less the same each time. It’s also doing very well (for a brand show). Engagement is exceptionally high (1.7k likes, 585 comments).

Now compare the Nintendo content with something like Toyota’s channel. Their second most viewed video has over 3mm views but far fewer comments and likes. Toyota clearly bought the views – but did it translate to anything meaningful? It certainly didn’t help grow their channel.

The majority of all the successful channels post regularly, and are telling the same story over and over again. If you watch one episode of Epic Meal Time you’ve more or less seen them all. However, that doesn’t make each episode any less entertaining – it is still funny.

By replicating a specific format each time its clear to the viewer what you can expect from your channel. It also allows the brand to iterate on the concept and make it more and more engaging over time. The brand can apply YouTube insights and learnings to each episode (i.e. audience likes more bacon, let’s add more bacon and watch views and engagement go up). People go to a channel and subscribe to a channel because they know what to expect and they like what it stands for.

Building upon fewer ideas is incredibly important when you think about this in the context of what’s happening across the web at large – there are so many distractions. YouTube has over 100 hours of content uploaded each minute, and there are 500 million tweets each day, 4.75 billion items shared on Facebook. By repeating your message over and over you have a chance at being remembered. Many brands don’t do this and instead change the content with each campaign.

Ultimately the keys to success means connecting to people in a human way, that they’d understand, i.e. don’t ‘speak campaign’.

It’s also critical to maintain focus. Brands that do well build out a style of content and/or series of content that is very consistent. You’ll see channels like Red Bull have several ‘shows’, many of which are in their 4th or 5th season. They’re repeating the same format because they understand they’re viewers like this content, and in repeating it they can iterate and make it better and better each time.

A campaign driven approach means creating a whole new style of content and creating bursts of activity that give potential subscribers mixed messages. Even if they like the first campaign – they may not like the next. What incentive is there for me, as a viewer, to stick around if you show me something totally different than the content that brought me into the channel?

Posted in:
Conference, Hero, Hub, Hygiene, YouTube Marketing
Tagged as:
brandsherohubyoutube
If you liked this article please consider sharing it.
Articles You May Like