Limbic Resonance – The Science Behind The Success of YouTubers 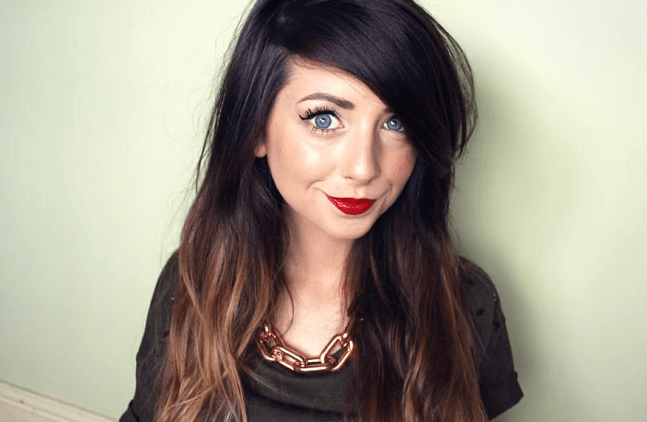 I’ve seen it time and time again with the campaigns I’ve worked on.

YouTubers regularly crash websites with a single mention, drive tens of thousands (if not hundreds of thousands) of fans to visit a website, make a purchase, or appear at events.

Why are creators so compelling?

What is it about the relationship with fans or video or YouTube that makes influencer marketing so effective?

I always attributed it to some vague notion of the ‘human element’. There was the idea that you feel as if you get to ‘know’ the YouTubers you watch, they’re your friend because you have insight into their lives so you become emotionally invested in them.

It turns out that there is a reason for it, and I have a blog commenter to thank. On a post I did about the psychology of digital marketing, Richard Medic made a comment about ‘Limbic Resonance’ playing a role in the success of digital video campaigns.

I’d never heard of the term before, but it put a name to something I couldn’t articulate.

As Richard aptly described in his own blog post on the topic of Limbic Resonance:

The limbic system is a part of the brain that drives our emotions. When we’re around other people–especially crowds–the limbic system releases neurochemicals that connect us at an emotional level. The capacity for empathy and non-verbal communication is called limbic resonance aka “emotional contagion”.

Essentially, when we see someone our brain releases chemicals that that drive an emotional connection. That’s limbic resonance.

What Is Limbic Resonance?

So what are these chemicals? What is it about them that drives us to care?

The limbic system within the brain is comprised of the dopamine circuit which sparks feelings of empathy, as well as the norepinephrine circuit which drives the emotional states of fear, anxiety and anger.

Dopamine is often associated with love, motivation, sexual gratification, and addiction. I am no expert, but these seem like powerful drivers. It makes sense when I think about it in the context of my own behaviors as well.

I get hundreds of emails every day, and I can guess it’s the same with you. These days we get hammered with inbound requests from people – texts, tweets, snapchats, emails, phone calls. Can you really invest the energy to answer honestly and emotionally to each and every one of those?, I have a really hard time thinking of people when I’m looking at faceless text in emails. I’m just not emotionally invested. If I know someone in real life, I’m more likely to respond quickly and thoughtfully than I would a stranger.

YouTubers, and vloggers in particular, are able to build a relationship with their fans that feels as close and intimate as a deep friendship for the viewer.

Many YouTubers to spend 10-20 minutes speaking directly to the camera, bringing the viewer along throughout a days activity. The vloggers speak to the camera in their bedrooms, they’ll ask questions, they’ll introduce viewers to their friends and family. The content isn’t produced in the traditional sense – the footage is raw, no special effects, fancy edits or sound design – but that lends to the feeling of intimacy.

Compare this to a TV show or movie, where breaking down the fourth wall and acknowledging the viewer is rare and the content is heavily edited with lot’s of quick cuts, effects, and color correction. None of the elements of real life are carried over to TV – removing the opportunities for limbic resonance and the development of a deep emotional connection.

Vlogs on the other hand, are the closest thing to being there and create a sense of intimacy. This is the big thing about YouTube and the backbone of influencer’s growing success.

I don’t think its a huge leap of faith to assume that the majority of books you buy or movies you see come as the result of recommendations from your friends. We trust them and we listen to them. You’re also more inclined to help a friend. What kind of favors they could ask of you?

Now imagine the impact these creators have with a direct line of communication to thousands, if not millions of friends. These are people who not only care about their friend, but want to see them succeed.

What could someone with one million friends accomplish with a little bit of time and some money? Apparently a lot.

YouTubers have already tapped into their fans (friends) to create #1 best selling albums, NYTimes best sellers, and even box office hits that topple the biggest movie stars on the planet.

Vlogger Dan Howell who has over 3 million subscribers, describes the phenomenon, stating that “People like YouTube, it’s a personal connection… It’s like you have a friend.” This sense of friendship that fans develop can be a huge asset to brands.

So ask yourself, how are you producing your videos? Is it something that your audience can really care about? What is it about your product that can get a person excited? Is it a glorified TV spot with one-dimensional characters which lack depth and an opportunities for viewers to become invested.

Intimacy is what drives results.

Humanity trumps production and if you can scale the emotional investment in your brand, your profits will follow in lockstep.

What do you think? Do you see how a powerful emotional attachment could develop over YouTube? Leave your thoughts in the comment section below.