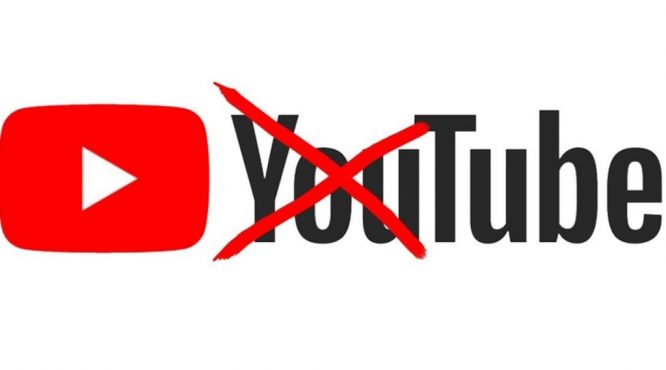 This video generated 3.1 million views in its first 3 days… and I can’t stand watching it. I don’t want to watch it.

Would you watch 10 hours of this? Probably not. But, that doesn’t make it any less effective as a marketing platform.

Millions watched Two and A Half Men and The Big Bang Theory and those shows are utter garbage (in my opinion). Yet, those shows were never lacking advertisers.

PewDiePie, meanwhile, has nearly 40 million subscribers and over 10 billion views. Just last week he generated over 51 million views, beating Two and a Half Men’s record viewership of the season finale of 13.5 million people. Every week.

So in the 5 years since PewDiePie started his channel he’s generated as many views as 90 Super Bowls.

In other words, every three weeks, PewDiePie, a 26 year old Swedish guy with a webcam, generates the same amount of views as Super Bowl, the biggest national competition of the most followed sport in the US.

I personally cannot stand 99% of youtuber’s content. The humor is often juvenile, skits are terrible, and feels as though it’s all appealing to the lowest common denominator.

But, I think the same thing about most TV.

And I love YouTube as an advertiser far, far more. The videos most YouTubers make are not made for me. I’m not the target audience – but I know the influence these creators wield.

As marketers we need to remove ourselves from what we like and put ourselves in our audience’s shoes.

But when I work with a creator on behalf of a brand, the fact that I love Game Of Thrones is completely irrelevant; the fact that that my target audience loves the creator’s videos is all that matters.

Choosing not to collaborate with creators because you don’t like their videos or understand their appeal is analogous to cereal companies deciding not to buy ad time during Saturday morning cartoons because they don’t personally like the shows themselves.

The reality is it’s a proven and effective medium, so why are so many brands and averse to it?

There is an underlying prejudice of what ‘good content’ is, based on decades of high quality production for TV and cinema. And it’s true, in terms of production value, no video from a YouTube creator is going to win an Academy Award (at least not any time soon).

However, there’s a critical mistake in that comparison, and to show what it is, answer the following question:

What are the three biggest social networks in the US?

Did you mention YouTube? If not, you’re missing the biggest one.

It’s a social network and video content platform rolled into a unique package – it has the best of both worlds. YouTube brings the visual, audio, creative and other elements of a medium like TV which results in complete engagement of the senses, while also bringing the communicational, emotional aspect of a social network like Facebook.

There’s a screen, there’s audio and video and a number of other elements that are similar to TV, but the nature with which it is being used by anyone under the age of 25 is drastically different from anyone else.

For those over 25, YouTube is probably a place to watch some funny content, maybe kick back and laugh – but not a place to comment – that happens on Facebook. Those over 25 are not binge watching – there’s Netflix for that. And most importantly they’re not getting invested in the lives of the individuals on the platform and follow them, eagerly waiting for an update, new content, new insight into what’s going on with their day to day lives.

Teens are doing all of that in one place – YouTube.

They’re genuinely addicted, and there’s an actual biological reason behind it as well. As I outlined in a recent post —

Essentially, when we see someone our brain releases chemicals that that drive an emotional connection. That’s limbic resonance.

The limbic system within the brain is comprised of the dopamine circuit which sparks feelings of empathy, as well as the norepinephrine circuit which drives the emotional states of fear, anxiety and anger.

YouTubers and the way their speaking to the camera and engaging directly to the viewer is sparking this dopamine rush. This way of engaging results in an experience that is more akin to a friendship than a passive, TV-style viewing experience. And, when you layer on the fact that creators do interact with their fans via Facebook, Twitter, YouTube comments (and often in the videos themselves), it can feel like a close friend that lives far away, that you have to go home and skype. There’s a very real, and very powerful bond that develops.

Even when they are occasionally doing what could be perceived as more “traditional” content, they maintain this personal connection with the fans by regularly breaking the fourth wall and talking to the audience – something TV hardly ever does.

The strength of YouTube is also its own biggest obstacle.

The strength is that video allows individuals to build a powerful emotional connection to the creators who seemingly speak directly to them. If you’re not part of that niche and world that they’re speaking directly to, then of course you don’t care. Their world is not for everyone.

And, because YouTube is a video platform, we instinctively get drawn in and we want to judge it based on its content, instead of judging a channel based on its results – the number and engagement of subscribers.

YouTube makes the feeling of knowing someone scaleable, BUT we don’t all want to know and like everyone. The important thing is – disliking someone’s personal taste shouldn’t stop us from doing business with them.

You wouldn’t refuse to take the most amazing job on the planet because you think your boss has a shitty taste in music. You shouldn’t neglect working with a creator or YouTubers as a whole because you don’t like their videos.

And you won’t work with them just because you don’t like their videos?

Turn off the emotions and look at the numbers. The reality is, it works.