How to Make Bank as a YouTube Creator: Diversify Your Portfolio 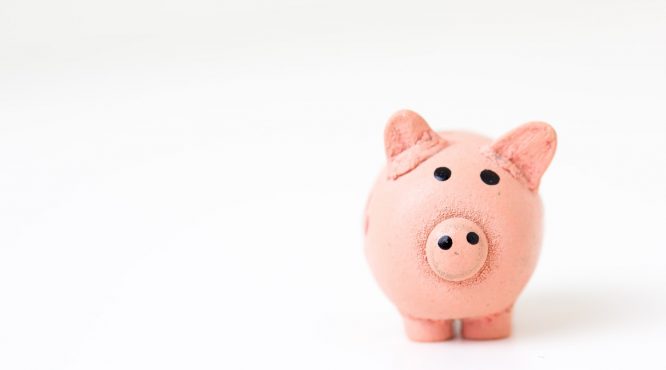 To make a living on YouTube, a creator needs to work hard. In a recent Betabeat post, I explained how YouTube divvies up revenue in its user-partner program: reportedly, YouTube splits ad revenue 45/55 with the partner, in the partner’s favor. If the partner is affiliated with a MultiChannel Network (MCN), the MCN will also take a cut. The earnings from ad revenue — the CPM — will vary. And, of course, you’ve got to spend money to make money. Investing in staff and technology (editors, cameras, etc.) eat up an additional share of revenues.

Kevin Kelly has theorized that to make a living, a creator needs to build a core fanbase of 1,000 “true fans” — people who can be relied upon to buy pretty much anything the creator puts out. Alex Carloss, YouTube’s global head of entertainment, recently echoed this sentiment in a speech at the MIPTV conference in Cannes. If all a creator puts out are YouTube videos, though, a creator with these thousand “true fans” is going to have a rough time making more than pocket change. So, to make serious money, a creator needs to look beyond ad revenue alone. If you’re a YouTuber hoping to make a living, and if you’ve managed to build that core fanbase, you’ll want to do everything you can to diversify your portfolio. Here are some of your options:

Custom apparel sites like Spreadshirt and District Lines have provided turnkey platforms for creators to go and sell their wares. Many creators, like Olga Kay, also build digital storefronts to sell their catchphrase-emblazoned t-shirts, coffee mugs, and stickers with the help of sites like Shopify. If you’re an emerging YouTube creator, merchandising is probably the first non-ad revenue stream you’ll want to start building.

Merchandise from popular creators has even made its way into your local mall, with shirts from YouTube personalities like Shane Dawson available at Hot Topic, right alongside the Tardis aprons and Vampire Diaries posters. Annoying Orange has even gotten into the toy game, and Wal-Mart stocks official licensed Annoying Orange boys pajamas.”

A number of companies are beginning to tap into YouTubers to help drive affiliate sales. For example, check out this Epic Meal Time video — skip to the 2-minute mark to see the referral to Netflix.  Along with merchandising, this is one of the easiest ways for you to add a new revenue stream. Let’s say you’re a YouTube creator and you’ve got a video demo for a home construction project. Link your viewers to the Amazon page where they can buy the same snazzy tape measure you used, and for every customer who makes the purchase, Amazon will kick back a small commission.

Creators are using the platform to build their music careers. In a previous Betabeat post, I outlined how Charles Trippy and We The Kings shot to #1 on the charts in large part thanks to Trippy’s YouTube fans. Other artists like Lindsay Stirling are skipping traditional marketing pushes for album releases, relying instead on the massive YouTube fanbase that helped get them a record deal in the first place.

Musicians use YouTube in a couple of different ways. For some, it’s where they first find their audience. If you’re a YouTuber working out of your bedroom and you’ve never played a gig, this is you. Other, more established musicians may use YouTube to build their existing fanbase — they’re already playing gigs and selling albums, and YouTube serves as a way to reach a broader audience. Either way, YouTube is a great way to build and connect with your fanbase. These are the people who will come to your concerts, buy your t-shirts, and pre-order your new single on iTunes, and your YouTube channel is a hub for connecting fans to all of those things. To make the most of it, make sure you’re updating on a regular schedule, and taking time to connect with your fans in the comments.

A quick look at the app store, you can find many apps from top YouTubers: the Internet Killed TV app helps fans connect with Charles and Alli Trippy. The PhillyD Official app does the same for Phil DeFranco. The Epic Meal Time game offers a food fight for your phone.

Having a core fan base has helped YouTubers raise funds for these types of projects. Toby Turner’s crowdfunding campaign for a gaming app based on his YouTube videos raised over $644k — far over his $240k goal. Smosh, hoping to develop “Food Battle, The Game,” (apparently YouTubers are obsessed with virtual food fights) raised the $250k via a crowdfunding campaign as well. Sites like Indiegogo and Kickstarter can be part of your larger revenue ecosystem, if you have a specific project in mind that needs funding, and if you are sure you can follow through with your commitments to donors. They say any publicity is good publicity, but that’s probably not the case if your crowdfunding attempt ends in a total trainwreck.

Given that they’re already familiar with the medium, it’s no surprise that some YouTubers have made the leap to film. Camp Takota, the brainchild of YouTube stars Grace Helbig, Hannah Hart, and Mamrie Hart, was released on Valentine’s Day this year for digital download. This year will also see the release of I’m Vlogging Here, a documentary about blogging by YouTube star Shay Carl, and featuring a number of YouTube’s biggest stars.

Others have made the leap from one small screen to the other: YouTube channel AwesomenessTV premiered a half-hour Nickelodeon show in July, and Annoying Orange has a show on Comedy Central. If you’re on YouTube because you want to succeed as an actor, screenwriter, or comedian, the platform can be a great way to build your resume.

I’ll be talking more about brand integrations from the brand’s perspective in a future post. In this post, though, we’re focusing on brand integrations from the creator’s perspective. These deals, which have become quite common, vary drastically depending on who is involved, with managers, MCN’s and creators all having different arrangements depending on their deal structure and involvement.

These types of collaborations can be a huge boost to a creator’s bottom line. Of course, for a brand integration to be successful, it needs to be a good fit for the brand and the creator. After all, content creators are trying to build and maintain their own brands. One example of a successful collaboration has been Devin Super Tramp’s partnership with Ford. As part of the collaboration, impressive, heart-thumping stunts are carried out across gorgeous landscapes like the Moab, Utah canyon where the channel’s team went slacklining. It’s a good fit for both the channel and the brand: the cars are incorporated naturally into the videos, serving as anchors for a slackline stretched across a canyon. The stunt participants are clipped to the slackline with a safety harness, making the activity adventurous but not dangerous — a good balance for a motor vehicle brand to strike.

Now, there’s no guaranteed way to get a brand integration deal. Brands (or, more often, their creative and media agencies) choose the creators they want to work with, not the other way around. But there are a number of things you can do to make yourself attractive to brands:

One of the reasons YouTube has been such a perfect launchpad for entertainers and creators is the degree to which creators can interact with their audience. No surprise, then, that live events, talks, concerts, and appearances are such a popular way for YouTubers to capitalize on that interaction. Playlist Live drew 8,000 attendees, Vidcon drew 12,000. Bufferfestival (full disclosure — Brendan is on the board) had 6,000 attendees in its first year. Phil DeFranco’s “DeFranco Does” talks have drawn thousands of attendees worldwide.

We’ll explore this one in more detail in a later post. Basically, if you’re averaging 1.5 million views per month, you’re eligible to direct-sell your ad space. If you’re up for the added legwork, doing so could pay off: after YouTube and networks take their cut, there often isn’t much ad revenue left over for creators. Sell it yourself, and you get a larger slice of the pie.

Louis Pasteur once said that “fortune favors the prepared mind.” If you’re a YouTuber hoping to make a living from your channel, you could do worse than to have this as your motto. Maybe nothing you do will ever go viral — that’s fine. A smaller, consistent fanbase is more important in the long run than one big flash in the pan, if you’ve set up multiple revenue streams rather than relying on a share of ad revenue alone. And if you do ever get lucky enough to go viral, you’ll benefit a lot more from it if you’ve planned ahead — if you’re consistently encouraging viewers to subscribe, if you’ve got fresh content ready to keep those new subscribers, if you’ve got a shop full of merchandise ready to go, and if you’ve got a dossier on your channel ready to go should an interested brand come calling, you’ll be poised to fully capitalize on your moment in the sun.

15 years ago there was a lovable, oatmeal-colored, rabbit named Toby.
Read More...

YouTube Has Been Building A TikTok Competitor For Some Time