The World Cup, E-Sports, and The Battle For Eyeballs 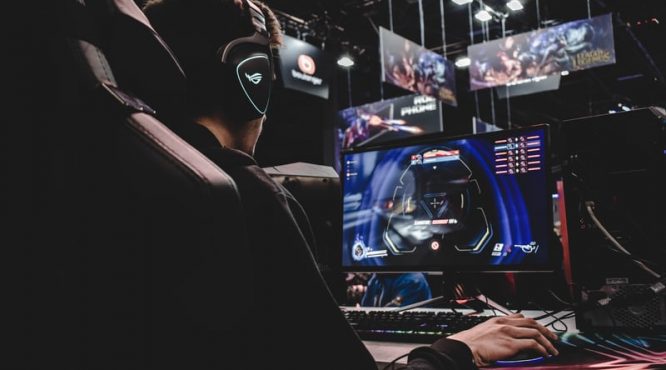 The World Cup has begun and major brands such Budweiser, McDonald’s, and Coca-Cola have launched ad campaigns to take advantage of the global event.

While the matches are sure to generate billions of viewers the question remains – in this fractured media landscape will the World Cup, and sports as a whole, manage to remain the media and advertising powerhouse it has historically been?

Initial numbers throughout Europe seem to show that viewership will be down from the last World Cup.

The opening-night match of Russia vs Saudi brought in 9.5 million German viewers – well below the 15.9 million that watched the kickoff between Brazil and Croatia in 2014. Similar patterns emerged in France, which had 4 million viewers this year – a decline from 8.7 million in 2014. The British had just over 5 million viewers this year, which was a 7 million-viewer decline from the twelve million fans that watched the opening match in 2014.

Brands are paying big bucks to be aligned with the world’s largest sporting event – according to reports this year’s World Cup show the is set to generate $6.1 billion in revenue, which is $1.3 billion more than the last World Cup in 2014.

The massive awareness and global viewership that the World Cup draws is a unique event and there’s nothing else like it, and, I can understand why brands would tap into these events to advertise. However, I think its clear that the influence of sports as a whole is dwindling – digital influencers, e-sports, and e-sports athletes are chipping away at the market-share of traditional sports.

Sports viewership as a whole is declining (at least on TV).

The NFL saw the 2018 Super Bowl down from a year ago, 8 out of 10 playoff games were down, and pregame viewership was down. Nascar is seeing their fans age out (the average fan is in their late 50’s), and has seen a 45% decline in viewership since 2005.

More than half the MLB’s markets have seen a significant decline in viewers with the Miami Marlins seeing the biggest – a 30% drop. Even the NBA has seen sharp drop in viewership. The 2016-2017 season saw local ratings for 27 of the 30 NBA teams drop and 15 of those experienced double-digit decreases.

Over the years more options have become available to viewers – this could mean that viewers still love their sports and their teams but choose to watch them later or read about them online. However, I think we’re seeing a significant amount of market share being wrestled away from sports entirely.

I think that traditional sports are akin to Gillette, before Dollar Shave Club first came on the scene. Previously, they both had a monopoly – then overnight there was a direct to consumer alternative. In this analogy the alternative is e-sports.

More support for this theory is that digital stars have already surpassed traditional athletes in terms of social media popularity.

E-sports: The Rise of Digital Stars and Athletes

In April, Tyler “Ninja” Blevins, the famed Twitch gamer/e-sports athlete is now the most engaged athlete on social media. With over 10 million YouTube subscribers and nearly 8 million Twitch followers he’s become a social media phenom, and he’s hardly alone. 8 of the top 10 most recognizable celebs amongst teens today are digital stars. To top it off live sports viewership is declining – the NFL has seen their average per-game audience decline by 17 percent since 2015.

With individual digital influencers building audiences and engagement that rivals traditional celebrity/athletes and TV networks in viewership – this brings up more questions than answers.

What does the mean for the future of sports? Will e-sports games soon overtake the Super Bowl and World Cup in viewership? How will media and advertising dollars shift?

Posted in:
E sports, influencer, YouTube Creator
Tagged as:
twitchtwitch influencers
If you liked this article please consider sharing it.
Articles You May Like

Want to make twenty two million dollars a year to doing toy reviews? Sounds like a sweet gig, but according to Forbes, seven year old YouTuber Ryan’s ToysReviews has the market cornered and generated the most revenue of any YouTuber this past year.
Read More...
Like What You're Reading?
Sign up for my newsletter. It's free and I'll never spam you.