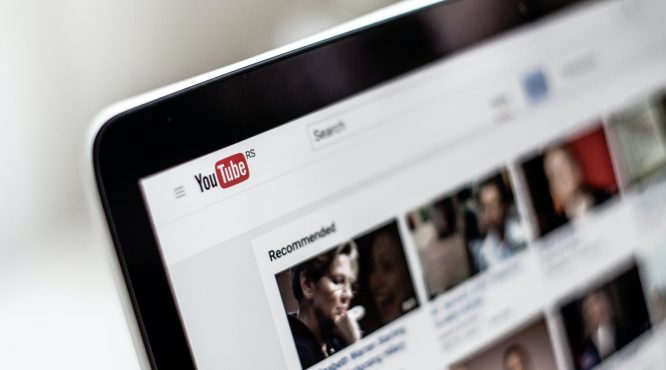 A few weeks ago I noticed in the YouTube app that comments had moved. The comments section was directly under the video player – typically the comment section sits below the recommended videos, which requires a fair amount of scrolling (see below).

Why would YouTube be exploring moving the position of comments and what does this mean?

I have a few theories as to why they may be testing this, and they come down to the following (or some combination of all three):

YouTube comments have long been considered the cesspool of the Internet – more vile, rude, and hate filled than any other platform out there (and that’s saying something).

With the increased scrutiny YouTube is facing around brand safety issues they’re under more pressure than ever to create a platform that feels safe. Fortune 500 brands such as AT&T, P&G, (to name a few) are still boycotting the platform to this day.

Over the years YouTube has made several attempts to clean up their comments section. Many attribute this to the fact that YouTube ID’s aren’t necessarily associated to your real identity. It is easy to be anonymous on YouTube and anonymity enables people bad behavior. YouTube attempted to fix this back in 2013 by connecting YouTube accounts to Google Plus – ensuring more comments were tied to real user names.

Around that same time YouTube also rolled out tools to help creators moderate conversations on their channels. Channel owners could apply filters to block offending users, or posts with using pre-selected keywords.

To date nothing YouTube has implemented has had a dramatic impact in reducing negative comments.

I imagine that by physically elevating where the comments occur, and more closely associating them to the video, there could be an elevation in the quality of conversation. If trolls know their comments are more likely to be seen, perhaps they’re more inclined to pause and think that what they say will actually have an impact. The impact may be subtle (and is purely hypothetical), but design has a huge influence on behavior.

Other social networks place a much bigger emphasis on the community commentary around videos than YouTube.  If you look at Facebook, they’ve invested heavily in making conversations around video as much of a draw as the videos themselves – rolling out features like watch party chat features on Facebook Watch.

Over the last several years YouTube has adopted features traditionally associated with Facebook and Instagram (ie their biggest rival). For example, late last year YouTube rolled out stories (a feature developed by Snapchat, but popularized by Instagram). In 2016, YouTube launched their community tab, and has continued to iterate upon the feature, which allows channel owners to engage their community with text, image, and gif posts.

Recently YouTube has been making livestreaming video a big priority.

Livestreaming is such a big deal that, YouTube recently signed streaming deals with some of the largest gaming influencers, Jack “CouRage” Dunlop and Lachlan Power (who have 3 million followers on Twitch).

So, why would a renewed interest in livestreaming have anything to do with changing the layout of comments?

Twitch, the current leader in live streaming video, shows equal weight to the streamer and the commentators – with the amount of physical real estate given to each more or less the same.  Gaming viewers are used to comments being a part of the livestreaming/gaming culture. If YouTube wants to drive adoption of livestreaming it makes sense that they’d try and mirror experiences on other, more popular streaming sites.

YouTube is facing stiff competition from other platforms and pressure on multiple fronts – from advertisers boycotting the site to other platforms encroaching on their supremacy in the video space.

Whether they see it as an opportunity to clean up comments, gain market share from other social networks, or become a viable livestreaming platform – YouTube’s rationale in experimenting where they place comments are surely driven by the desire to maximize their bottom line.

15 years ago there was a lovable, oatmeal-colored, rabbit named Toby.
Read More...
Like What You're Reading?
Sign up for my newsletter. It's free and I'll never spam you.