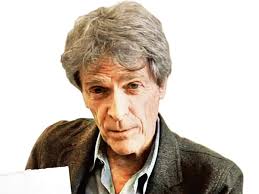 If we’re going to believe everything we read, then the word is that influencer marketing is over, bloggers are liars, and content marketing is old-fashioned. It’s as if the executives of every traditional agency bottled up their outdated rage and spewed it into the blogosphere. Yes, social media has changed advertising.

Why didn’t you change with it?

In a recent interview with Business Insider Sir John Hegarty, the accomplished, celebrated founder of Bartle Bogle Hegarty, stated that people don’t remember compelling web content. “Can anybody tell me, in the last 10 years, a piece of content that people remember and can quote back?” he asks, before invoking Purina’s ”Puppyhood” video with BuzzFeed as a negative: “Nobody I’ve ever spoken to has ever said: ‘Have you seen the BuzzFeed puppy?'”

I asked my animal-loving sister and a few friends who are pet owners for their own favorites — they all named the puppy video, remembering it with a laugh. And why shouldn’t they? As people who are perpetually in the market for pet food, the video was made exactly for them. With 30 trillion Google AdWords impressions being served, 303 million tweets composed, and 351 million Facebook status updates being written every single day, we live in a world where niche, hyper-relevant content is shot at us from everywhere.

One statistic ought to excite brands more than any other. There are 400 hours of video uploaded to YouTube every minute.

Dear John. People love the BuzzFeed puppy. You’re a British advertising veteran, having joined the industry in the 1960s to build brands such as Levi’s and Audi by way of ads on traditional media that are still instantly recognizable decades later. You’ve left your mark on our industry. But you seem to think we live in a time 20 to 30 years ago before social and digital upended the entire advertising model.

Those conversations about the BuzzFeed puppy, and countless other social campaigns are happening, but they’re eluding Sir John entirely. Just because he’s not seeing them doesn’t mean they don’t exist and are not impactful.

I am the founder of a social agency, Epic Signal, my bias is obvious: social media and influencer marketing are pillars of my business.  That said, I can’t help but feel John is out of touch with the realities of business today. According to him, he doesn’t “get out of bed for less than a million [impressions]”.

In today’s hyper-fragmented media landscape – a million impressions is nothing to scoff at – especially if you can drive real engagement. With digital and social, brand messages can to be tailored to smaller but more relevant niches more easily than ever before. It’s quite unlike a bygone era when three major TV networks forced dumb commercials down everyone’s throats. Nowadays, people can pay for ad-free subscription services, pirate content for free, or simply install AdBlock. We are never actually obligated to sit through an advertisement.

The democratization of media means almost anyone could do Hegarty’s job, and a lot of them already are. Independent YouTube creators are eight of the top 10 most recognizable celebrities among teens today, and there are a ton of creators who have built up consequential brands of their own, making a living by selling their own merch and content directly to their fans. Such YouTube stars create ads for brands and earn millions in the process; they are the producer and distributor rolled into one.

When a brand can partner with the right creators, their message can make a huge impact.

So let it be known that Sir John Hegarty has announced his new status as dinosaur of our industry by turning his back on the significant opportunities waiting for brands on the digital front. After all, do you think people are going to watch more or less online video in the future?

If I was a client of John’s trying to reach younger consumers John’s comments would certainly give me pause.

Posted in:
influencer marketing, YouTube
Tagged as:
advertisingsocial media
If you liked this article please consider sharing it.
Articles You May Like