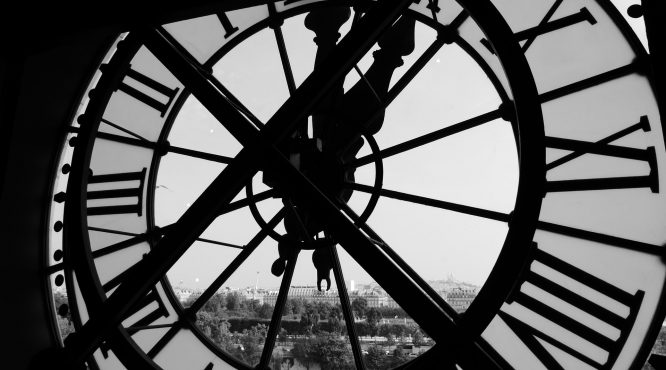 In looking back on 2018 I’m struck by so many things that failed to come to fruition or get resolved this year.

There were a lot of great things within the social video world this year, and I’ll try and focus more on the positives in another post, but I can’t help but feel like 2018 was a year with few breakthroughs and really just an extension of the same issues we experienced in 2017.

This is the year that the hype began to fade around the ecosystem. Social video is no longer new. It’s no longer the shiny object and familiarity breeds contempt.

In June of this year Instagram launched IGTV, a standalone app where users could upload hour long footage. Hyped as a YouTube killer the app has proved to be anything but, and as Techcrunch put it, “For IGTV, Instagram needs slow to mean steady.”

Creators touted onstage during the apps launch haven’t even embraced the platform, as NYMag recently documented, Lauren Riihimaki a.k.a. LaurDIY has just two IGTV both from June 20, the same day IGTV launched.

IGTV peaked at #25 overall in the US iPhone app store. According to SimilarWeb the app continues to fall and is currently ranked 36,226 in overall usage numbers.

According to Digiday Facebook Watch is growing, but, “with less than 3.3 percent of Facebook’s 2.3 billion global users spending time on Watch, there’s still a ton of room to grow.”

This time last year I wrote a piece for Mashable titled ‘How Facebook Watch will overtake YouTube as the biggest video platform’. While its certainly feasible that Facebook Watch could grow into a serious YouTube competitor it certainly hasn’t happened yet. In that piece I wrote:

I predict Facebook will successfully leverage its network effect to create a better experience for advertisers, creators, and viewers, and ultimately put an end to YouTube’s decade-long position as the biggest video player. It’s not that YouTube will disappear. Instead, it will likely become marginalized much in the same way Snapchat and Twitter now live in Facebook’s shadow.

I was waaaay off the mark.

Today Facebook Watch is nowhere near the scale of YouTube (that’s not to say they can’t get there eventually, it just didn’t happen in 2018).

BRANDS AS PUBLISHERS IS… STILL TBD

For years one of the buzziest terms to be thrown around at any social media panel (right up there with ‘authentic’) was that brands need to become publishers.

The prediction was that in an era where people have unlimited access to content they’re never going to stick around to watch ads. As a result, to build a brand you need to BE the content publisher a la Red Bull.

This is something a lot of brands have paid lip service to, but few have successfully pulled off.

I point to Red Bull, GoPro, and most recently Marriott as the exceptions that prove the rule.

Ultimately, I don’t believe most traditional brands are able to overcome the internal logistical and cultural obstacles it takes to become a creative content company. Instead, I think the future of brands as publishers is likely to come from publishers (and influencers) who want to become brands.

If you look at the publishers and influencers that are sustaining (and growing) their businesses most of them have invested in products. Complex sold millions of dollars of Hot Sauce off the backs of their ‘Hot Ones’ YouTube series. All the top ten highest paid YouTube stars have built massive brands and product lines.

Last year YouTube updated its policies which outlined they were going to take greater control over which videos can make money from ads. YouTube applied more rigorous (some would say frivolous) standards around what content was and was not brand safe.

At the time YouTube was under fire in the press for apparently running ads against objectionable content. As a result of the negative press a number of major advertisers boycotted spending money on the platform.

The initiative was dubbed the ‘Adpocolypse’ as creators saw much of their content de-monetized. Creators didn’t do themselves any favors — PewDiePie, the most subscribed YouTuber of all time was lambasted in the press for a prank in which he paid freelancers on Fiverr to create anti-semitic signs as a joke.

Jake Paul, came under fire by the press as well, for unapologetically plunging his neighborhood into chaos with his antics (as well documented by KTLA, the local LA news station).

This year PewDiePie continues to come under fire, most recently for accidentally promoting a white nationalist YouTube channel. Jake Paul continues to create controversy, but his older brother Logan Paul stole the spotlight and became infamous after filming, and then joking about, a dead man he found in a Japan’s ‘Suicide Forest’.

The tension between the creator community and YouTube came to a head recently.

YouTube Rewind 2018”, which is YouTube’s year end recap video featuring hundreds of creators and recapping the biggest moments from the year, was soundly rejected by the community and became the most downvoted YouTube video of all time.

The general consensus amongst the creator community on YouTube, was that they felt the video was pandering to advertisers, and ultimately failed to represent the ‘true’ YouTube community.

I don’t mean to diminish the achievements of these companies or the challenges they’re facing.

YouTube and Facebook are over ten years old. This space is no longer ‘new’ and the ‘wild west’ atmosphere has begun to dissipate.

At the advent of the automobile industry there were hundreds of manufacturers, but by the end of the 1920s it was dominated by three players: General Motors, Ford, and Chrysler. Things began to settle down and cars became commoditized, small improvements were made each year vs massive disruption.

I think that we’ve reached a period of time, within social video, that mirrors the 1920 automotive industry. We’re likely to see more small changes vs sweeping changes disrupting the ecosystem entirely going forward.