The Skinner Box: Why Instagram Will Never Remove Likes 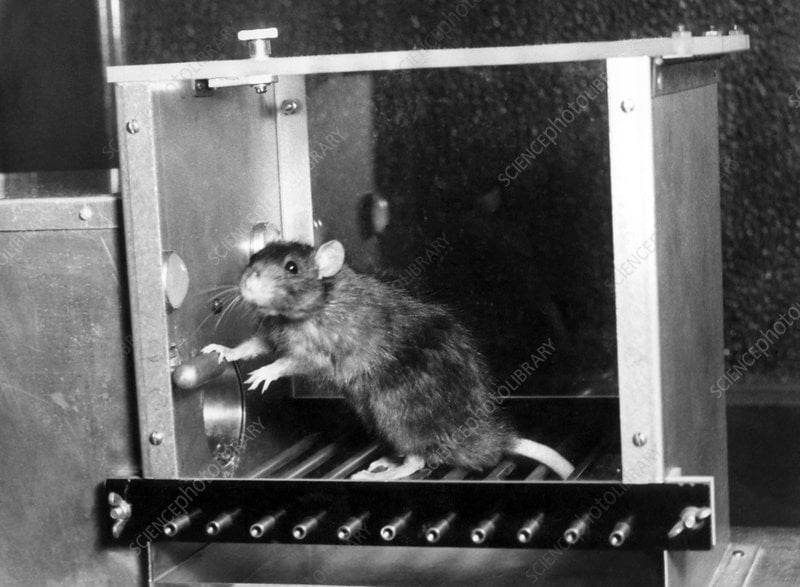 In the 1930’s American psychologist B.F. Skinner developed an experiment.

He placed a rat inside a box and within that box was a lever. Upon first entering the box the rat would explore his surroundings. Eventually, it would press the lever and a food pellet would be released.

Over time the rat learned the cause and effect. It began pressing the lever again and again.

Skinner explained it as:

“a method of learning that occurs through rewards and punishments for behavior. Through operant conditioning, an individual makes an association between a particular behavior and a consequence.”

The rat learned that hitting the lever (behavior) led to food pellets being released (consequence). If you look closely, you can find examples of operant conditioning in your own life.

Think about what happens when you post to Instagram. Are you refreshing the app to see the likes and comments roll in? What does it feel like when you get a lot of likes? Is it rewarding?

Last year Instagram announced they were going to experiment with removing likes.

CEO Adam Mosseri explained that the removal of likes was one step toward making Instagram the safest platform on the internet.

Instagram was “going to put a 15-year-old kid’s interests before a public speaker’s interest,” and that they “will make decisions that hurt the business if they help people’s well-being and health.”

What are the results of Instagram’s experiment to remove likes?

Nothing has been announced, but we can look to Skinner’s experiment to draw conclusions. Skinner discovered the rat is no fool. Over time it stops pressing the lever if no food pellet is dispensed.

Likes are the food pellets Instagram trained us users to expect.

You might think it’s great to share your photos, but what you’re really seeking out is that engagement. We want that dopamine rush that comes from positive reinforcement. We expect it.

If they want to remove likes but still keep their users, they’ve got two options:

Whatever they choose, we can all learn from this.

We must recognize what truly motivates us in our activities online. Only then can we make the right steps towards changing and controlling our own behaviors.

Posted in:
instagram
Tagged as:
facebookpsychology
If you liked this article please consider sharing it.
Articles You May Like

Wired’s article ‘The Influencer Economy Hurtles Toward Its First Recession’ gets a lot right.
Read More...
Like What You're Reading?
Sign up for my newsletter. It's free and I'll never spam you.