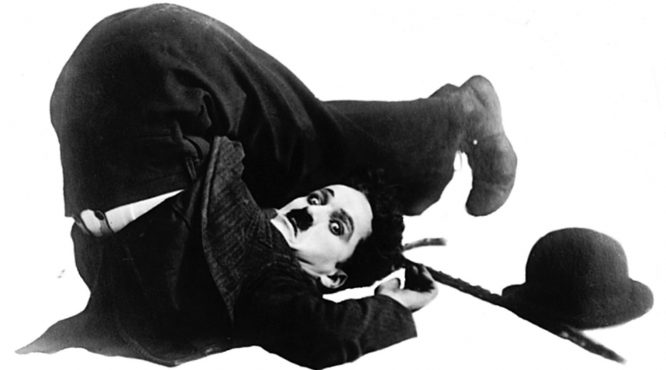 On November 21st, Elon Musk unveiled what has become the most sought after truck in the last 20 years.

It is the first fully electric truck – it starts at less than $40,000 dollars, and looks like it’s straight out of Blade Runner. When Musk strutted on stage with the bravado of a real life Tony Stark it should have been his moment of triumph.

We all know what happened.

In the midst of the excitement Musk had lead designer von Holzhausen put the “armor glass” to the test. von Holzhausen picked up a steel ball, hurled it at the glass and… it shattered. Musk yelled “oh my fucking god” in shock. In an attempt to save face they did it again. It had the same result.

Most corporations would have gone into damage control mode. Launching a barrage of press releases as quickly as possible. Reassuring the public that what happened was an anomaly. Likely, there would be some public chastising or firing of an executive.

Tesla did anything but.

They celebrated their failure. They memorialized it in the form of a souvenir shirt that anyone could buy on the Tesla Website.

They took this embarrassing moment and reminded people of it. What was the outcome?

Tesla, and Musk became more popular and beloved. In the 4 weeks after the shirts release Tesla stock rose by over $350 dollars. Tesla racked up 650K reservations in pre-sales. It’s going to outsell the most popular pickup truck in America, the Ford F-Series.

This is a vehicle that no consumer has been able to test drive and few have seen in person. The floor model doesn’t even exist.

He hangs with Kanye West, collabs with YouTubers, sings about Harambe, and smoked weed with Joe Rogan. Is there any other CEO you’re more familiar with right now? He’s a CEO with a rabid fanbase. For many he’s seen more as an influencer than an executive. We wait in excitement for his next stunt or social media proclomation.

This is the counter-intuitive thing with Musk. Situations like the fuckup with the Cyber Truck launch only endear him more to his fanbase.

The answer lies in the psychological phenomenon known as the pratfall effect. It’s when the appeal of someone or something increases after a blunder is made.

Originally documented by psychologist Elliot Aronson in 1966, he explained that when we put people on a pedestal, “a blunder tends to humanize him and, consequently, increases his attractiveness.”

When someone fumbles we find them more relatable and endearing. The effect can be so strong it can allow people to flout conventional norms. The effect explains why Tesla’s launch didn’t send the stock or sales tumbling.

Looking at it through the lens of advertising this is why influencers are so beloved and effective.

Influencers live their lives on screen. They’re sharing intimate and embarrassing details and foibles in daily vlogs and live-streams. It is the anti-celebrity. Videos aren’t being color corrected. They’re not getting professional makeup done. They spill things on themselves and film with a stained shirt. They share their troubles. They provide a window into their lives that is more flawed than the photoshopped version we see from celebrities.

Influencers are not perfect. They are imperfect. That’s why we like them.

It’s a big reason why YouTuber David Dobrik is popular. With 18 million subscribers and 7.5 billion views Dobrik was identified as the most influential person amongst teens.

His most popular video of all time has 65 million views.

It’s not some insane prank or stunt.

It’s he and his ex-girlfriend, fellow YouTuber Liza Koshy crying as they share the news that they’ve broken up. It’s honest, vulnerable, and even a bit funny at times.

Contrast this with a typical celebrity breakup. Chris Martin and Gwenyth Paltrow for example.  Their divorce was announced in a lengthy essay on Paltrow’s site, Goop. They described their separation as a ‘conscious uncoupling.’

How much more impersonal could it get?

Most brands and celebrities try to hide their flaws. Every ad is photoshopped so it’s glossy and perfect. Millions are spent on productions to get every detail just right.

Advertisers often approach influencer marketing in the same way. They attempt to overproduce. They want edits and rewrites. They want influencers to sound like spokespeople. In making these requests they remove the elements that make the influencer so effective. Aronson explained that when someone is almost ‘too good to be true’ we can’t relate.

In the pursuit of perfection you’re not making your influencer marketing better, you’re making it worse.

As Isaac Fowler once said, “your imperfections are marks of authenticity and that is the beauty of you.”

Posted in:
influencer, influencer marketing
Tagged as:
psychology
If you liked this article please consider sharing it.
Articles You May Like

15 years ago there was a lovable, oatmeal-colored, rabbit named Toby.
Read More...
Like What You're Reading?
Sign up for my newsletter. It's free and I'll never spam you.