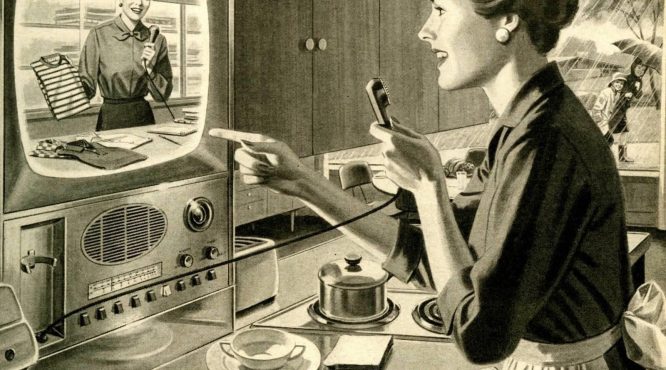 This is part 2 of a 3 part series on the future of social advertising. Click here if you’d like to read Part 1 before continuing.

Live-streaming ‘shoppertainment’ will undoubtedly be the killer app of e-commerce.

Shoppertainment is the integration of shopping and entertainment (specifically within a live-streaming environment). Examine social media’s evolution and you’ll see why livestreaming’s popularity is an inevitability.

We’ve gone from text, to images, to video, to… live. We crave connection and nothing brings us closer than live-streams.

Here in the US live-streaming has primarily been centered around gaming, but that’s changing quickly.

Platforms have become aggressive in broadening their user bases. Live Streaming is critical to Facebook, TikTok, YouTube, & Twitch’s long term success. They’re all moving fast to acquire these mainstream audiences turning to live during this pandemic

For example, Twitch (which accounts for 2/3rds of all US livestreams) launched ‘Watch Parties.’ The feature allows a select group of users to stream Amazon Prime Movies and Shows. They’ve also been actively recruiting musicians, and have funded several food programs. Their efforts to go mainstream are paying off.

The ‘Just Chatting’ category is growing rapidly and overtook League of Legends and Fortnite – the two most popular games on Twitch for first place for several months in a row.

Facebook launched a dedicated Facebook Gaming App, added the ability to go live on desktop with instagram, and rolled out monetization and donation features. TikTok has begun highlighting ‘live’ videos more prominently and hosted a series of live performances with their ‘Happy At Home’ series. YouTube rolled out a myriad of live content partnerships including over 20 film festivals.

Gaming, where much of live-streaming has centered, is massive. Tyler Blevins (aka Ninja), the esports star, has such a rabid fanbase that in mid 2018 he generated more social media engagements than any other athlete worldwide. More than Ronaldo, Lebron, or Messi.

More recently Shroud, a gamer who returned to Twitch in August, generated half a million concurrent live viewers and nearly 3 million unique viewers. The scale is worth a close look.

Three million viewers is on par with (and surpasses) major network TV shows.

For example Big Brother has been averaging 3.1 million views this year. In 2019, NBA pre-season games averaged less than 900,000 viewers. Shroud – one guy – got more than three times as many viewers as a typical NBA game!

The point here is these people are becoming massive draws to audiences. People tune in because of their personalities. These influencers have that reach and all that engagement that that’s larger than those of the traditional athletes.

Of course, with every new channel or feature, there’s also a push on how to monetize it. Live-streaming is no exception.

Here in the US the social platforms have just begun experimenting with e-commerce integrations. Most notably Facebook Shop, which in addition to allowing brands to host storefronts on the platform has live streaming sales integration.

In July, Amazon quietly added live-streaming to their Amazon influencer program. There is now a dedicated Amazon Live tab on the homepage where influencers who are already Amazon partners can now go live and drive sales which generate affiliate revenue for them.

Most recently TikTok hosted a livestreamed e-commerce event in partnership with Walmart. Viewers were able to shop Walmart’s featured items within the TikTok app. The event itself was hosted by 10 TikTok creators including Michael Le, Devan Anderson, and a handful of others.

While in the US companies are again still in the early phases of adoption, In China ‘shoppertainment’ has become a phenomenon. It’s the third most commonly used e-commerce tactic and is expected to drive $136 billion dollars in sales this year.

Superstars in the space have emerged, including Viya (Wēi Yà 薇娅). She’s been dubbed the live shopping queen of TaoBao Live (part of Alibaba) and gets up to 37 million viewers during her daily livestreams.

Shoppertainment has become so ubiquitous even farmers have adopted the tactic.

Taobao Live launched an initiative to drive adoption amongst struggling farmers during the pandemic. Their original goal was to onboard 1,000 farmers to the platform. They had over 50,000 farmers in just a few months time and are now aiming for 200,000 more this year.

In other words, farmers in rural China are embracing new technologies faster than most major US brands. They shifted their business strategy entirely in order to survive. As MIT Technology Review reports:

Growers who had once sold 90% of their products offline have now flipped to selling 90% online. Live-streaming has not only helped the industry weather the crisis—it’s forged an entirely new way of business that is likely to continue long after the pandemic is over.

US brands must not wait for their own catastrophe to push them.

The future of commerce is marrying shopping with live-streaming. The sooner they recognize reality and push themselves to try it – the better they will fare in years to come.

Posted in:
China, KOL, Streaming
Tagged as:
influencerslive-streamingshoppertainment
If you liked this article please consider sharing it.
Articles You May Like

“Most of your innovation is hiding in plain sight, you are institutionally blinded by your legacy systems and culture.
Read More...