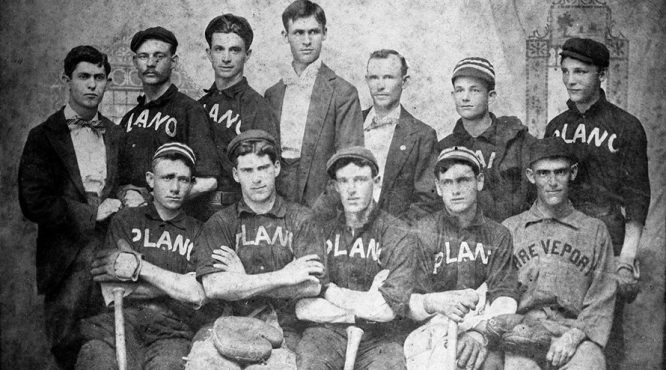 Have you ever wondered how often Democrats and Republicans marry? What about how often they interact with one another within their own neighborhoods?

Today, only 4% of marriages are between Democrats and Republicans. According to a recent Harvard study, “the typical Democrat has “almost zero interactions” with Republicans in their neighborhood.”

The groups you identify with impact all aspects of your life. The purchases you make, the content you watch, the relationships you form.

It’s rooted in our desire to be part of something bigger than ourselves. Zachary Hoffman, a professor of Social Psychology at Texas Tech writes:

Groups lie at the core of the human experience and underpin the structure and accomplishments of human society. The variety of groups we may belong to and identify with is enormous – it may include groups based on ethnicity, ability, gender, nationality, religion, political ideology, profession, employment, family, hobbies, etc.

We favor the groups we identify as being a part of. Whereas, we alienate and discriminate against groups we are not.

This is known as the in-group/out-group bias.

According to social psychologists, “our ancestors lived in small social groups that were frequently in conflict with other groups, it was evolutionarily functional for them to view members of other groups as different and potentially dangerous.”

It stems from cavemen tribalism. That same sense of tribalism is exploited by politicians, religions, warmongers, and yes… even influencers and brands.

Fans wear their affiliation like a badge of honor. Standing by their favorite creators through thick and thin. These fans behave as if they’re loyal friends.

When John Green’s book ‘The Fault In Our Stars’ was turned into a movie the Nerdfighters came out in droves. Their impact was huge. The film, which was made for just $12 million, opened number one in the box office. It generated $48.2 million in ticket sales opening weekend beating out Tom Cruise’s The Edge of Tomorrow. That YouTuber fan base was more impactful than the biggest star on the planet starring in a movie that cost 15 times as much to produce (and even more to market).

Paul’s ‘Logang’ stood by him after his scandal. They then rallied around him to help generate over 1 million Pay Per View buys for his boxing match with Floyd Mayweather. Conversely

In music we see it with the Beliebers or BTS Army.

BTS, the Korean pop band, has a rabid fanbase – the BTS Army. These fans are diehard and make BTS trend on Twitter regularly. They’ve averaged a million mentions of the group each day. This has led to over 5 billion Spotify listens, and record breaking viewership on their music videos. When Tumblr combined their Musical Acts list and K-Pop, BTS was #1, in front of Ariana Grande and Beyonce.

What has BTS done to grow this fanbase?

They encapsulated the authentic teenage experiences and emotions, tackling everything from bullying to mental health. And yet, even though they sing mostly in Korean, their fandom stretches from Peru and India to the US. How?

Most K-pop leaned heavily on TV to grow an audience. BTS embraced social media to provide behind the scenes access, oftentimes live-streaming rehearsals, or simply answering audience questions. Meanwhile, their fan translators worked for free to make all this content accessible to other fans from across the globe.

As one fan summarizes it: “Being part of such a big global family has been so empowering to me. Just knowing that there are people who I call family and I don’t even speak their language. We speak through a translator but we still consider each other family.”

Of course, the allure of being part of a group can be just as powerful as the desire to oppose one. For example, want teens to like something? Have parents and teachers disavow it.

While in London for a show in 1972, promoters started worrying about ticket sales. Cooper’s manager, Shep Gordon, knew they needed to make a splash.

How would they get teens to buy tickets to the show?

Get parents to tell them NOT to go.

Gordon paid for a truck with a massive billboard of naked Alice Cooper (except for a snake covering his crotch) to drive around London. It conveniently ‘broke down’ in Picadilly Circus, the largest intersection in the city, causing huge traffic jams.

Gordon tipped off the newspapers and BBC in advance. That evening Alice was all over television and the next morning on the front page of newspapers.

His London show sold out.

Whether rock star, influencer, sports team, religion or brand the in group/out group phenomenon is critical to success or failure.

So, how does one create an in group?

There are five primary factors that go into creating an in-group:

1) Common Goals
Groups become more tight knit when they’re focused on a common goal. Just look to sports for evidence of this.

2) Social Comparison
Groups strive for ‘positive distinctiveness’. What this means is that you’ll align with the group that is more likely to have a positive outcome. This doesn’t have to be a ‘winner takes all dynamic’ (although it can help). A great example from sports is when a team is doing well they garner fair-weather fans. People feel compelled to align with a winner.

3) Moral Superiority
We choose groups we see as likely to be more kind to us. Where we’ll be welcomed. As a result, ‘we’ believe that our group is more authentic, trustworthy, friendly, etc.

4) Power Politics
As conflict emerges between groups, people feel compelled to pick a side. Just look at political campaigns or sporting events. Don’t you feel as if you must choose one side over the other?

5) Perceived Threat
Danger is shown to increase feelings of solidarity and strengthen group ties. When people are fearful they can be rallied to achieve a common goal.

This role of threat or enemy can be a powerful force (something I’ve covered extensively here).

Sociologist Georg Simmel argued that nothing unites a community like a common enemy. People, “create enemies in order to maintain a stable, coherent, clear view of the world. This is because they can attribute the negatives of the world (which are inevitable) to these enemies.”

This in turn fuels the growth of in-groups and out-groups.

Ultimately, it doesn’t matter if there’s no ‘real’ enemy or revolution to participate in. There doesn’t need to be deep differences between one another for groups to form. If there’s not a rational reason, irrational ones will do. Famously, studies have shown that in-groups can even be formed around eye color. That is how deep our need for being a part of our group runs.

This innate need will always find an outlet. Always.

So turn your audience into an in-group.  Because if you don’t, someone else surely will.

Posted in:
influencer, social media, Uncategorized
Tagged as:
audience developmentfandomin groupmarketing psychologyout group
If you liked this article please consider sharing it.
Articles You May Like