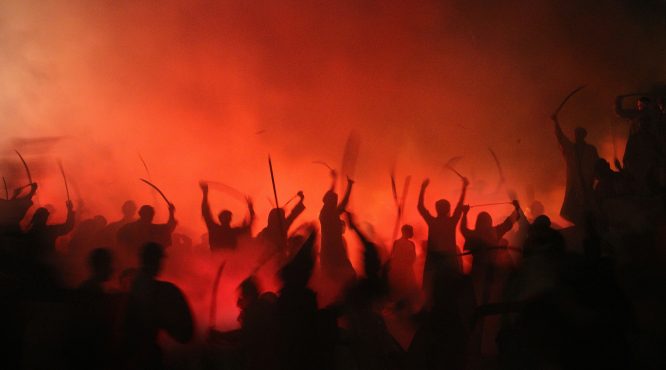 Conflict is an essential part of any story.

In the Epic of Gilgamesh, from 2nd century BC, the Gods create the wild man Enkidu to stop Gilgamesh from oppressing the people of Uruk. Homer’s The Iliad, composed almost 3000 years ago, regales the battles of the last year of the Trojan War fought between the city of Troy and the Greeks. The Bhagavad Gita, a Hindu Scripture from 200 BC, tells the story of war between two legendary kingdoms, the Pandavas and the Kauravas.

Fast-forward to the 21st century, and you can see conflict used as a tool in pop-culture to captivate audiences.

An obvious example is reality TV. These shows thrive on the rows and drama between participants. Fights. Alliances. Betrayals. Hook ups. Break ups. This is why we tune into reality TV shows!

What would happen if that conflict was stripped away? The producers of the infamous Big Brother tried just that for their 4th season, back in 2003.

“They filled the house with mostly “normal”, pleasant people, and there was almost zero conflict. The nicest man on the planet, Cameron Stout, was voted the winner, and it was all in all a bit of a snorefest. Average viewers for the series dropped from 5.8 million in 2002 to 4.6m in 2003.”

Even wholesome shows like The Great British Bake Off have conflict in the form of competition. Contestants vie for prizes and there are eliminations each week.

When growing an audience, conflict doesn’t even need to be outward to be effective.

Just look at GaryVee. You get the sense that any conversation he has could turn into a fight.

In a promo for an industry conference he said he’d ‘rip your fucking faces off’ and give the greatest keynote all time. In a conversation with a 25 year old entrepreneur he said he’d rip both his legs and arms off to be 25 again.

It’s dramatic. It’s over the top. It also fuels engagement.

Successful creators understand this and use it to their advantage when growing an audience. They manufacture conflict to grow audiences and keep viewers coming back.

On Logan Paul’s Podcast ‘Impaulsive’ he pointed out how beneficial feuds can be for a creator. Stating that, “You break up and hate each other. The world is invested and involved. They sink their teeth into the beef that’s going on. Then when you come back together… that’s when you really pop off.”

Frenemies, the short lived, but wildly popular YouTuber podcast is another great example of using conflict when growing an audience. Featuring co-hosts Trisha Paytas and Ethan Klein it thrived off their ongoing (and anticipated) disagreements. The show bolstered Paytas and Klein’s digital fame. The h3h3Podcast channel, where Frenemies was hosted, 5x’d monthly viewership at the show’s peak.

We can learn from these storytellers and contemporary creators. We can manufacture conflict to grow and entertain our own audience.

Just like in war, you need three key ingredients.

A Cause – What is the reason/spark for conflict?

What is the threat to you and your ideals? This could be real or perceived. Large or small. The point is that it can be used as a point of friction.

An Enemy – What is it that the protagonist is trying to overcome?

People need a focal point for their outrage. Someone or something that can be perceived as a threat to their values, People want an enemy. Give them one.

Conflict itself will drive people to pick a side. Once they become part of your in-group they will stick with you through thick and thin.

This is a good exercise for any brand or creator to go through. Fill this out to set the scene for your conflict-based content:

A great example of this being applied in the corporate world is Ben & Jerry’s, “What’s The Doughboy Afraid Of?” campaign.

According to co-founder Ben Cohen:

“We believed that Pillsbury’s actions were illegal,” says Ben, “but we knew that in a strictly legal fight we’d run out of time and money long before Pillsbury would. Our only option was to rely on our customers and the media to pressure Pillsbury into backing off. So we started printing the slogan “What’s the Doughboy Afraid Of?” on our pint containers, along with an 800 number for the Doughboy Hotline. Everyone who called got a Doughboy Kit, with protest letters addressed to the Federal Trade Commission and the chairman of the Pillsbury board, and a bumper sticker.”

This model of conflict in growing an audience turned a potential disaster into a PR bonanza.

Ben & Jerry’s was the underdog. Small-time hippy businessmen just trying to get by. Their cause was protecting small businesses from greedy corporations. The enemy was Pillsbury. Their army was anyone who wanted to root for the underdog.

Of course, embracing conflict is not without risk.

In wars, the price of loss is often death. In sports the winner goes home with the glory and the loser with their tail between their legs.

In embracing Twitter beefs, you may face public ridicule and shame.

As a result, it’s only natural that you may be conflict averse.

However, no success comes without adversity. Without risk there is no reward. Your willingness to face loss is what in the long-run separates true success from failure.

Theodore Roosevelt said it best, in his famous, The Man In The Arena speech:

“It is not the critic who counts; not the man who points out how the strong man stumbles, or where the doer of deeds could have done them better. The credit belongs to the man who is actually in the arena, whose face is marred by dust and sweat and blood; who strives valiantly; who errs, who comes short again and again, because there is no effort without error and shortcoming; but who does actually strive to do the deeds; who knows great enthusiasms, the great devotions; who spends himself in a worthy cause; who at the best knows in the end the triumph of high achievement, and who at the worst, if he fails, at least fails while daring greatly, so that his place shall never be with those cold and timid souls who neither know victory nor defeat.”

So get out there and stir shit up.

Posted in:
influencer, social media, Uncategorized
Tagged as:
community development
If you liked this article please consider sharing it.
Articles You May Like